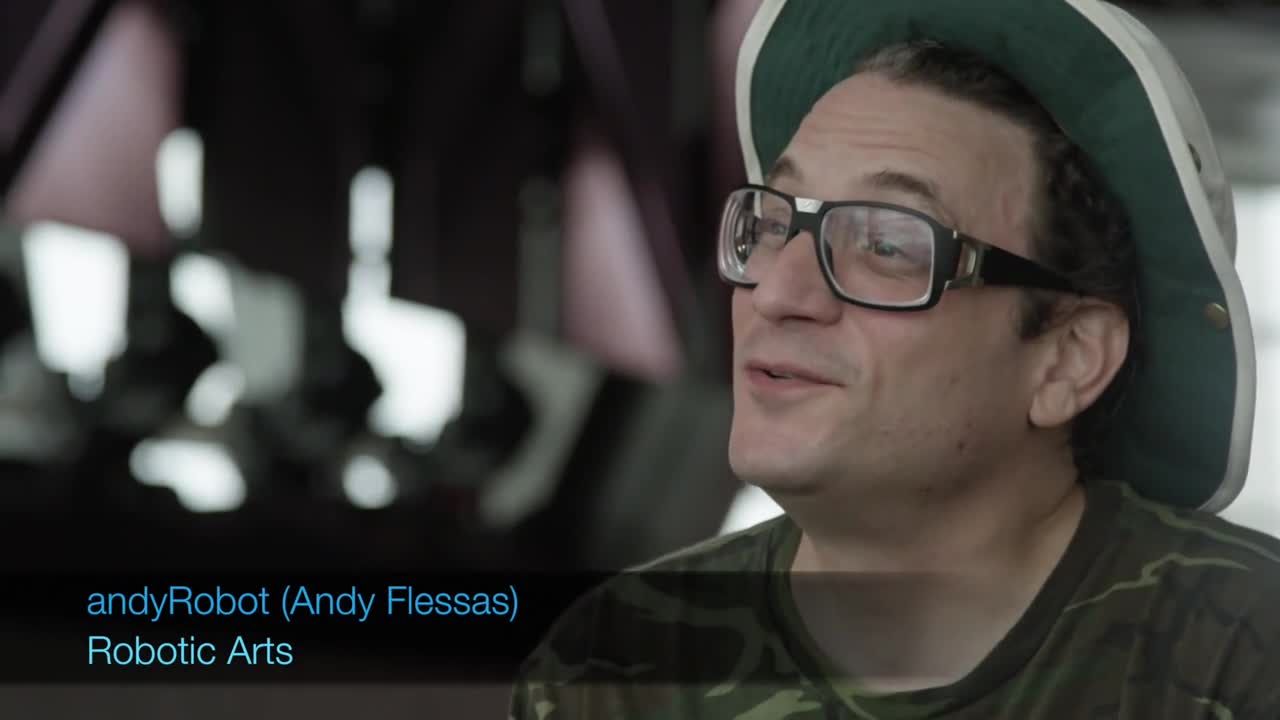 Robotic entertainment on a cruise ship

World’s first robotic entertainment on the high seas for Royal Caribbean International.
Royal Caribbean Cruise Lines, Robotic Arts and ABB Robotics have joined forces to debut a groundbreaking RoboScreen® entertainment system on board the Quantum of the Seas, Royal Caribbean’s newest cruise ship.
With Quantum of the Seas, the well-known cruise line operator wanted to do something truly groundbreaking: create a cruise ship environment that was not only fun, but one that could also compete with the best that entertainment meccas like Las Vegas have to offer. And after the ship’s official unveiling and inauguration in November 2014, it is clear the company has succeeded.
As the first in a line of Quantum Class cruise ships, these “Smartships” are meant to target a younger demographic and are loaded with technology such as indoor skydiving, high speed always on wifi, smartphone app travel management, standing wave surfing, and smart tracking technology that can predict your preferences as you move around the ship.
The signature venue on each ship, however, is Two70°, a multi-level great room named for its magnificent 270-degree panoramic sea views through vast, floor-to-ceiling glass walls spanning almost three decks at the stern of the ship. That same grand vista can be transformed into a gigantic “Vistarama” screen that stretches more than 30 meters long (100 feet) and 6 meters tall (20 feet). With a 12K resolution, it is a breathtaking backdrop to the variety of dynamic entertainment that occurs on the transforming stage in front of it.
And in the center of this entertainment spectacle is the RoboScreen® entertainment system, created by Robotic Arts and featuring six ABB IRB 6620 robots mounted to an 8,200 kilogram (18,000 pound) capacity gantry with custom Daktronics screens affixed to them. This combination of robots and screens allows for previously unattainable styles of entertainment in which the RoboScreens become performers themselves, interacting with the dancers, acrobats and singers to create a fluid and powerful show.

The Football Association: Respect the Technology

The Stuff That Dreams Are Made Of