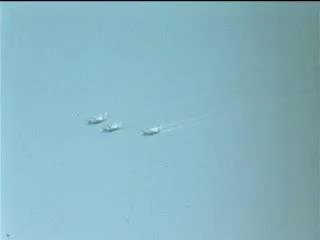 A submarine is a watercraft capable of independent operation underwater. It differs from a submersible, which has more limited underwater capability.

The term most commonly refers to a large, crewed, autonomous vessel. It is also sometimes used historically or colloquially to refer to remotely operated vehicles and robots, as well as medium-sized or smaller vessels, such as the midget submarine and the wet sub.

Used as an adjective in phrases such as submarine cable, "submarine" means "under the sea". The noun submarine evolved as a shortened form of submarine boat (and is often further shortened to sub).

For reasons of naval tradition, submarines are usually referred to as "boats" rather than as "ships", regardless of their size.

Take your time to browse the channel and enjoy watching all the stock footage available to you for free.

Escape from Crimea: the Journalist

Show of force in Surobi

The Fight for Helmand

Leading Her Troops Through Helmand