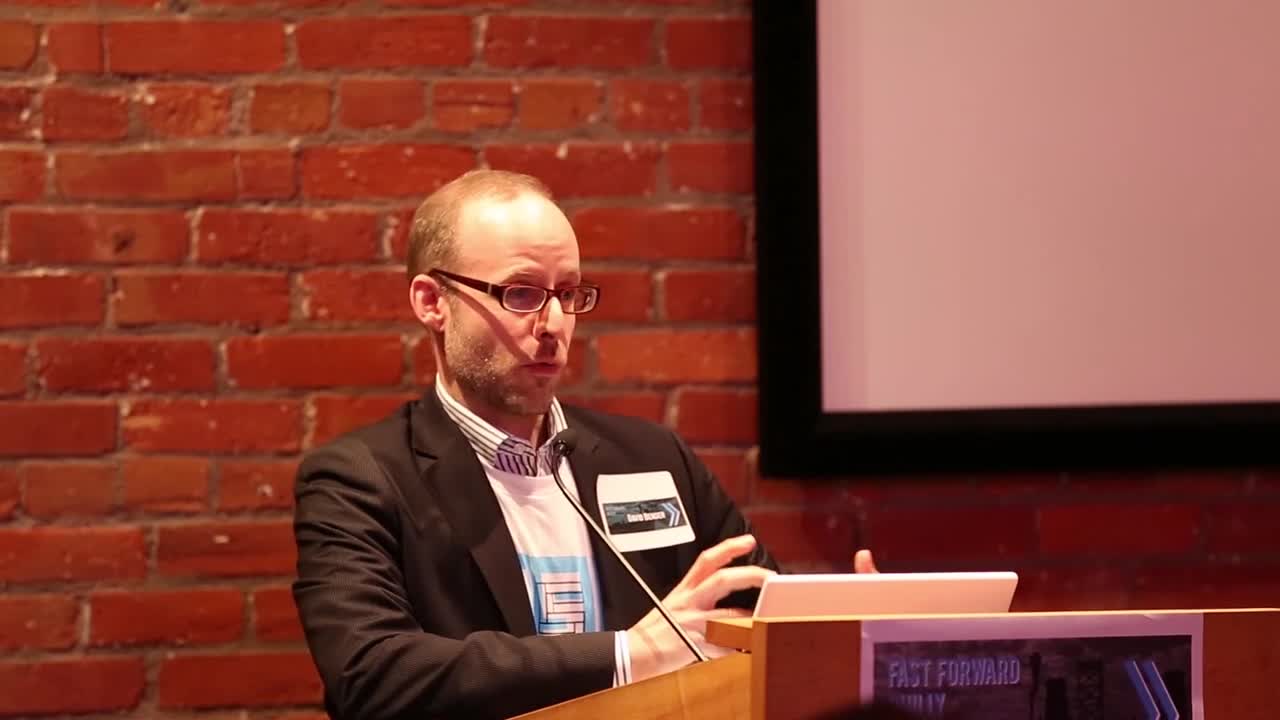 Ensouled Objects are things which humans have made to seem alive or conscious, even if they are not. Robots, puppets, automatons, drawings, sculptures, and even consumer products can be ensouled. Oftentimes these objects are made to seem alive purely for entertainment purposes (think Nightmare Before Christmas), but this is hardly the only use for such creations. Ensouling an object can make it easier to use (think of your Mac’s slowly glowing power button like the breathing of a sleeping puppy, letting you know it’s in sleep mode), safer to interact with (how will you know thattomorrow’s driverless car sees you, a pedestrian, crossing the street? How about if its headlights turned towards you and followed you across the street, like eyes acknowledging your presence?), and even help to train the next generation of doctors (using puppeteered mannequins, doctors can practice managing care for a critically ill infant without risking a real child’s life).

In this talk, David will take a look at the current state of Ensouled Objects being developed, used, and performed by Philadelphia’s creative citizens and how the work they are doing today will change the way live tomorrow.
The Phantasmagoria is a collection of experiences and discussions celebrating creative work that animates the inanimate: puppetry, animation, robotics, movement theater, shadow shows, automatons, performative sculptures, and more.
[Phantasmagoria (n.) - A popular 18th- and 19th-century form of theatre entertainment whereby ghostly apparitions are formed. A bizarre or fantastic combination, collection, or assemblage. A dreamlike state where real and imagined elements are blurred together. A poem by Lewis Carroll.]
The Phantasmagoria - breathing life into art, design, & technology.
David enjoys working with creative people on projects involving art, science, and design. He is especially interested in finding effective ways to connect people with information; exploring the relationships between art, science, design, and society; & inspiring excitement about discovery. He received his B.S. in Industrial Design from the University of the Arts and has been the Associate Director of the Philadelphia Center for Architecture since 2008. His passions since childhood include puppetry, robotics, and animation - The Phantasmagoria is his outlet for his love of these ensouled objects.

A Beginners Guide to Kissing

Since There’s No Place To Go…